Exora 667 is a custom economy RSPS aimed to bring a new Runescape Private Server experience through new content such as NPCs, minigames, maps, weaponry and much more. Exora will uphold a balance of existing Runescape content with a pleasant blend of new custom items and armors. Explore new areas filled with monsters you've never encountered before. 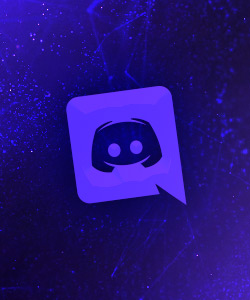 Connect and chat with the Exora Community on Discord.
Connect to Discord 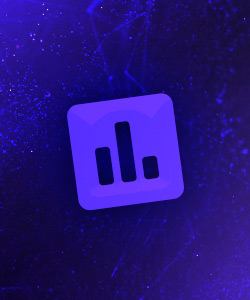 Support Exora by making daily server votes.
Vote for Us 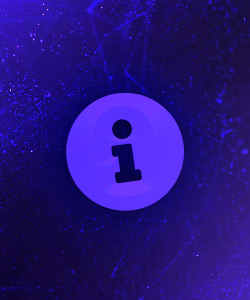 Explore and search for more information about Exora.
Go to Wiki

Exora 667 is a custom economy MMORPG aimed to bring a new MMORPG experience through new content such as NPCs, minigames, maps, weaponry and much more. Exora will uphold a balance of existing MMORPG content with a pleasant blend of new custom items and armors. Explore new areas filled with bosses you've never encountered before.

Fight alongside your friends in raids to obtain high end rewards, enjoy our new skilling content with new tools and fish to catch, paired with mining new rocks and ores to create powerful enchantments and weapons!

It's time for another update! We'll be releasing very important trading post changes, as well as the new battle pass! There are more changes coming of course. Let's get to the update.

Summer coupon codes refreshed! Use your coupon code and get the season 7 battle pass on the cheap!

+ Trading Post Changes
Our current trading post is good as is, however we know it lacked some important features. We know that some players would like to buy items while not having to be online. Due to time zone differences, it can be a bit harder for certain players. That's why we've decided to add the buy-offer feature. Which allows you to purchase items at a specific price/quantity via the trading post. This means that if a player sells an item you want, at your price, it'll be auto completed/filled.

+ Buy Offers
Players may now set buy offers, listing an item at a specific price and quantity. Your buy order can be filled by multiple players at a time.

- How it works:
- Visit the Trading Post. Once on the trading post select the button "place order".
- You'll be prompted an interface, where you can search for an item.
- Once an item has been selected, you can now choose the price to purchase it for, and the quantity.
- You must have enough money in your coffer in order to place buy orders. (You cannot set a buy order for 1b, while only having 900m in your coffer)
- Click the place order for item button, and you'll now have an active buy order.
- You can now view your buy offers at the front page of the trading post interface.

+ History Look-up
You can now look-up item history, without it being listed in the trading post. Simply go to the second page of the trading post interface (recents, item or player) and click the 'history' button. From there you may search for an item to look-up.

+ Personal History
Your history on the front page will now accurately reflect your recent history.

+ Battle Pass Season 7
I thought it would be hard to top the season 6 pass, but the new season is extremely good! It also has a new cosmetic set 'Hell knight'. This pass also contains a lot more tiers, and more rewards for free players. Free players can actually get a free golden pet if they complete it!

Go ahead and check the battle pass in-game! Here's the hell knight set.

Today we'll bring you the summer event 2022, and some small changes. The event will introduce 2 new world events, new equipment, weaponry and more!

Let's get to the update!

The summer event allows you to obtain various equipment, weaponry, battle pets and cosmetics. They can be obtained as a drop or purchased from party pete's shop at home. You'll be able to obtain summer tokens via killing monsters at the Beach, or from different activities on Exora. Such as slayer tasks, dailies, task scrolls and clue scrolls.

To start with the summer event; speak to party pete at the beach. Global teleports > General > Beach (or ::beach/::summer). Help party pete defend his beach, by killing the fish around the Beach.

+ Giant Summer Snapper
With the Summer event comes a new World Boss. It will only be available during the summer event. The events tab shows when the snapper will spawn. It drops all of the Summer event items. Once killed the snapper will drop lots of candies for the players to collect! It may also be spawned with the world boss token. To teleport to the giant summer snapper use the command ::snapper or teleport via the events tab.

+ Summer Pinata
Another world event for all players to enjoy! The pinata has lots of HP, however it is very easy. All you have to do is attack the pinata, and do enough damage to get loots! You can view its drop table by examining it. Once killed the pinata will drop lots of candies for the players. This event can not be spawned via the world boss token. To teleport to the pinata simply use the command ::pinata or teleport via events tab.

+ Summer Tokens
After completing Pete's Quest, monsters at the Beach will now always drop Summer tokens. These monsters will drop anywhere between 50-250 per kill depending on the monster, however this amount can be enhanced with Summer trinket. You will now also be able to receive Summer tokens from general gameplay such as; Task Scrolls, Clue Scrolls, Dailies and completing Slayer Tasks.

Tokens can be spent in Party Pete's shop. He stands at home, patiently awaiting Exorians.

+ Summer Emblems
Emblems are a way for players to get more Summer tokens while grinding out at the Beach. They have a 1% chance to drop from monsters in the area, and will only drop once Party Pete's quest is completed. Emblems can be cut with chisels to turn in to Summer tokens. You will be notified by game message that an emblem has dropped.

+ Summer Adventurer's Log
Just a reminder to check the log, and claim any rewards you may have missed. We've added a new book called Party Pete's Book. This will only be in the log until the event has ended. Meanwhile, you can complete Summer tasks to receive Summer rewards. They're fairly easy, and you have a total of 4 tasks to complete for some goodies.

+ Summer Slayer Tasks
During the summer event you may receive a summer slayer task. These tasks can be received from Chaeldar or Sumona.

+ Summer Rewards
Let's get to the juicy stuff! You'll be able to obtain lots of items to progress in the main content. We've added lots of battle pets, weaponry and equipment for the players. Mainly for beginner-mid tier players, but also some high-end gear. Other than that there are consumables and juicy cosmetics!

That's it for the rewards. Of course all Summer items are in the transmogrifier, under the category "SUMMER".

+ Superior Wiki
We've added a new page to the wiki which lists all superior monsters, rates and which slayer masters can give them. Read more here:
https://exora-rsps.fandom.com/wiki/Superiors

+ Changes
- Increased the rate of superior wednesday by +5% (Now +15% extra on wednesday)
- Aggression potions can now be sipped up to 5 minutes.
- Added scroll of charges to the Exo shop for 5000 exo points.
- When attacking with the twilight crossbow set, it'll no longer delay the 3rd hit.
- Loreroot gloves now gives +1 extra magic strength.

Thank you, Exorians. Hope you enjoy the summer event! Good luck & Have fun!

It's that time again. Thank you all for the suggestions, we've added most of the suggestions received throughout the weeks. If we've missed any make sure to let us know. This update will bring you the revamped dravonic monsters, lots of QOL features, general changes, and additions.

Also: Coupon codes are now refreshed! Use them while they're still available. Read more here:

Let's get to the update!

Recently we tried to narrow the gap more between gear types that are available throughout Exora. We feel it is necessary for players to have a better progression path when it comes to styles like magic and ranged. We've added 2 new dravonic type monsters, and each monster has their own dravonic set. In order to fit the monsters, we've made some changes to the Dravonic Cave map. This way there is more room, and is visually more pleasing.

+ Dravonic Map
- Added 2 new rooms, each side containing either the Dravonic Hydra, or the Dravonic Devil.
+ Dravonic Devil
- Dravonic devils attack with the ranged combat style. They're weak to ranged and melee.
- They drop the Dravonic ranged equipment.
- Can be obtained as a slayer task from Sumona, and Kuradal.
- Has a superior version.

+ Dravonic Hydra
- Dravonic hydras attack with the magic combat style. Every so often they will spit out poison. Standing on the splatter will poison you.
- They drop the Dravonic magic equipment.
- Can be obtained as a slayer task from Sumona, and Kuradal.
- Has a superior version.

How to make potion flasks:

1. Go to the mining zone, in skill zone. Behind the smithing furnace, you'll see a large mining rock. This is the red sandstone rock. You'll need lvl.81 mining in order to mine it.
2. Once you have the red sandstone, head over to the robust glass machine in the crafting area, in skill zone. Click the machine, and it'll convert all your red sandstone to robust glass.
3. Use a glassblowing pipe to turn it in to a potion flask. Lvl. 89 crafting required. Glassblowing pipe can be purchased from the Misc. shop

To find out how to obtain them, view the bottomless potion wiki here: https://exora-rsps.fandom.com/wiki/Bottomless_Potions

+ Loop & Tooths Conversions
- Loop and tooth half keys are now stackable.
+ Combining
- You'll now be able to quick-combine your half keys to an enchanted key.

+ Converting
- You'll now be able to convert 2 half keys, for another half key.
- Right click a half key > convert.

+ Monster Spawner
Added the following bosses to the monster spawner:
- Barrelchest
- The Bloodchiller
- The Warmonger
- The Earthbreaker
- Exorian Champion

+ New Hotkeys
You can now use CTRL 1-5 to teleport to your favorited locations, in the global teleports interface.

Thank you all for taking the time to read through the update log! We appreciate every player. Keep the suggestions coming. Good luck & Have fun!